Cognac is sub-category of brandy, specifically a regional French grape brandy which Americans started drinking in healthy doses in the early 1800’s (and continue to this day – with America being the largest cognac drinking country by volume, with China being the largest by value). Although whisky has thus far dominated in the brown spirits category, premium rum and cognac have grown in recent years – and the Scotch Malt Whisky Society has started releasing single cask cognacs. Cognac is of course the base for the Vieux Carré, and we personally think it makes for a much better French 75 for replacing Gin. 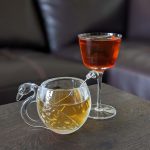 Bananarac Cocktail
One thing I sometimes fantasize about is doing the Julie & Julia version of cocktails. To be honest, I have 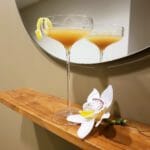 Cocktails to Make with Cognac
What cocktails should you make with cognac? These are our top picks. 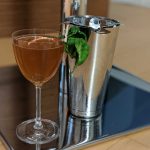 Aperol Spritzmenot
The recent New York Times article on the Aperol Spritz has driven a wedge through our household. One of us 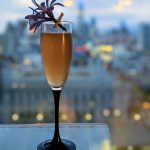 Cognac French 75
This weekend we went to Boulibar, a new-ish restaurant in San Francisco's Ferry Building. On the whole it was expensive 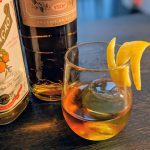 The Cognac Cocktail
Early cocktails in the 1800s were mostly based on a simple formula: a base spirit, a sweetener, a sour and 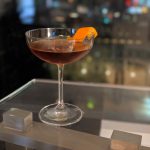 The 1831 Cocktail
Developed by Tim Laferla with the vision of becoming a "future classic". Cognac-based. 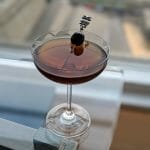 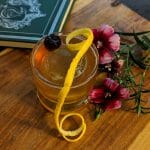 By law, Cognac is only produced in one place: France’s Cognac region, which is located in the western part of the country just North of Bordeaux. The Cognac region is further divided into six sub regions: Grand Champagne, Petite Champagne, Borderies, Fine Bois, Bon Bois, and Bon Ordinaires. Note that the Petite and Grand Champagne regions in Cognac are not the same as the regions that produce the sparkling wine.

Cognac dates back to the 16th century, when Dutch settlers came to France to buy salt, wine, and other commodities. Wine is bulky, and shipping bulky things is much more expensive, so they started distilling wine into Eau-de-vie (spirit made from fruit) to cut down on shipping costs. “Cognac” is simply named for the region, while the word “brandy” comes from brandewijn in Dutch, which means burnt wine.

Cognac is produced under a strict set of criteria. It needs to be aged for at least 30 months in French oak coming primarily from the Limousin and
Tronçais forests in France, and it needs to be made in copper Charentais (Cognac) stills. There are even restrictions on when producers can distill. Today’s Cognacs are primarily from Ugni Blanc grapes, as Phylloxera wiped out much of the high-acidity Folle Blanche grapes that were historically used (fields were subsequently replaced with heartier varietals). More recently, some producers have begun adding back higher concentrations of Folle Blanche and Colombard grapes though that result in interesting mixes.

Cognac is pressed and fermented for 10 days, and wines are highly acidic and generally very low alcohol (8-10%).

Four brands: Hennessy, Martell, Rémy Martin, and Courvoisier make 90% of Cognac, but hundreds of smaller producers comprise the remaining 10%. Most producers sell their aged and new make spirit to the larger brands, but there are a few who produce only a few hundred bottles per year and do not export. As the market evolves, some smaller producers and distributors have started introducing these smaller vintages to the US.

There are 4 grades of cognac